Okay, so the coleslaw has nothing to do with Degrassi, other than that it was enjoyed while watching the newest episodes of my favorite show "Degrassi: The Next Generation." Nope, I'm not kidding. It really is my favorite show: my sister and I have been watching since it started in 2001. Yes, I am 26 years old. Yes, I do watch TV geared toward high school students (middle school students?). There's just so much unbelieveably awesome drama...and it takes place in Canada, which makes it so much weirder...I mean...so much cooler. Canadian teens have a lot going on in their lives. Sometimes I wish I were Canadian. 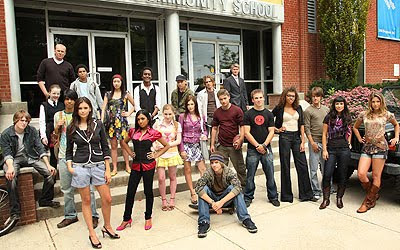 (Source)
Degrassi is doing this thing called "The Boiling Point" where they show a new episode every week night for six weeks. My DVR is working overtime between Degrassi and Anne of Green Gables on PBS (another Canadian favorite-- It must be because I grew up so close to the border in VT).

My Sis came over for a Degrassi marathon and M and I decided to make BBQ ribs and coleslaw. In a time crunch, we used Plumrose baby back ribs (the best option we could find at Stop N Shop), instead of making our own. I whipped up some coleslaw using a variety of recipes, but mostly my coleslaw-seasoning instincts.

I chopped up an entire head of cabbage before deciding that half would be enough--cabbages are deceptively large. 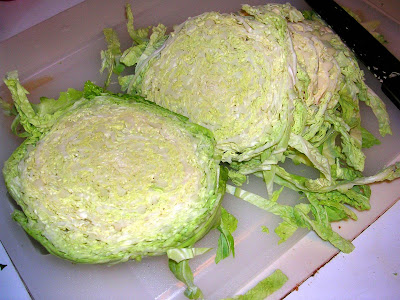 I shredded the carrots 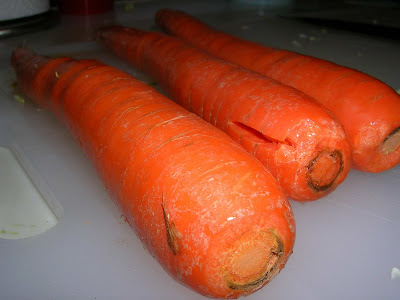 I combined the carrots, cabbage and salt and let them sit, covered, in a colander for about an hour. Instructions on the Paleo Diet website said to let it "stand until the cabbage wilts, about one to four hours." I'm not sure why this is (maybe to drain water from washing?), but I don't know if it really made a difference. 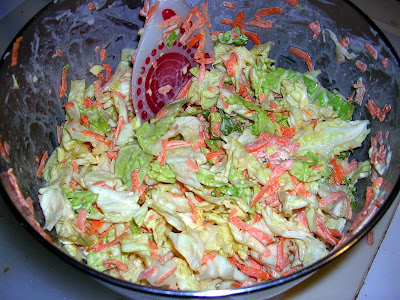 After an hour, I added the mayo, mustard, apple cider vinegar and the rest of the spices and stirred. 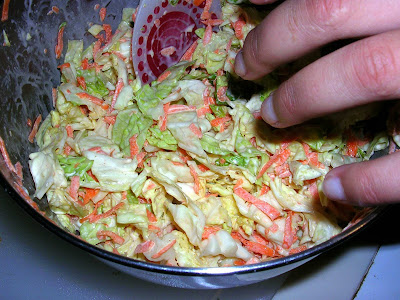 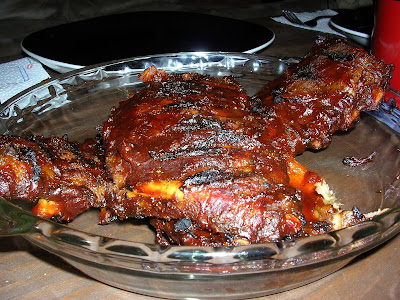 While I was adding ingredients, M was grilling the ribs. 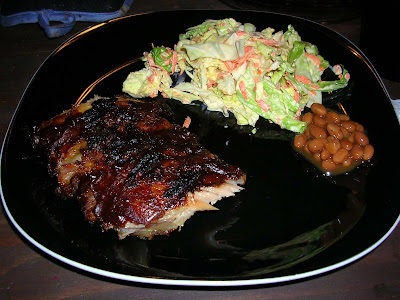 To round out the dinner, we had some organic baked beans. The next time we decided to have ribs, I really want to try making them on my own: buying a bare rack of ribs and marinating or seasoning them myself. While the Plumrose ribs were better than some of the other brands, they still have some not-so-natural sounding ingredients in them that I would like to try to avoid in the future.

After dinner, M headed out with the boys and My sister and I settled in to watch Degrassi. Oh the drama! I looooooove it!
Do you watch any TV shows that are not exactly "age appropriate"?
Posted by AllieNic at 10:04