A few days ago I was spending my entire paycheck...err...visiting my favorite grocery store, and I decided on a carnivorous impulse to buy a family sized package of steak tips. One million dollars later, I was at home marinating steak. I'd actually never prepared red meat before! I was a vegetarian during and after college, so basically my Mama made the red meats before college, and M usually makes them now. There wasn't really much to the steak tip prep, but I was still nervous that I was forgetting something...It turns out you can't go wrong with steak tips!

I marinated them in some Organicville Sesame Teriyaki, and let them steep for a day or so. We chopped up one red pepper, a yellow pepper and a large red onion to go along with the tips. 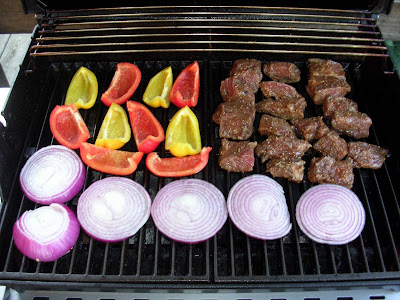 Oh Whil, you do such a great job grilling stuff...You put delicious meats in my belly and a smile on my face. 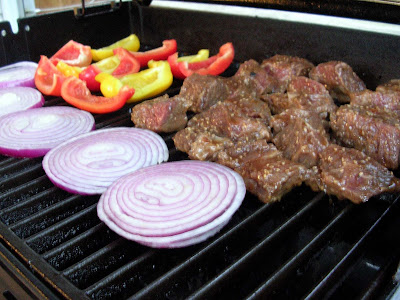 We ended up with a great big pile o'meats/vegetables 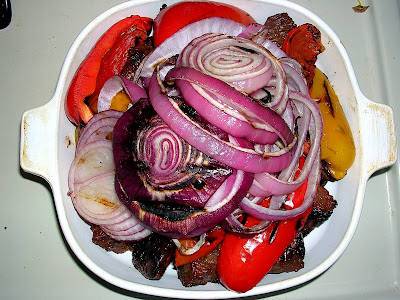 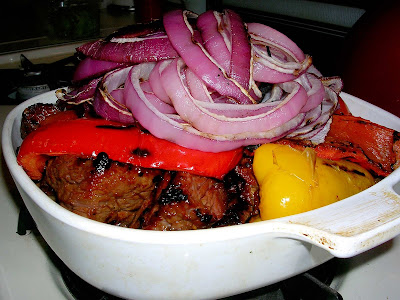 The steak was sooooo good! I think grilled steak tips might be my new favorite food! The sesame teriyaki marinade was just right-- you could taste the teriyaki, but it wasn't overpowering. The tips were a bit chewy, maybe next time I'll tenderize them...or something...

For dessert, I made some chocolate covered bananas. I had a bunch of these ripe bananas that I didn't want to go to waste. I don't eat bananas very often, and when I do, I only eat them if they're a little bit green...I usually make banana bread, but this time, I tried something new. 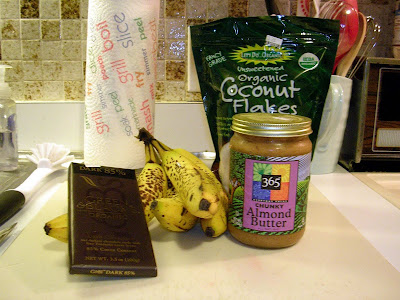 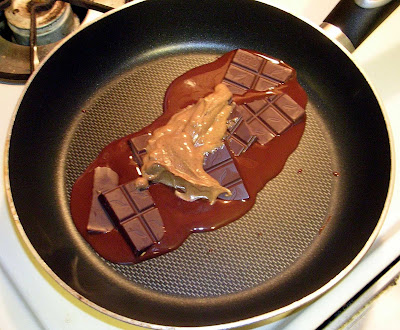 I melted the chocolate and almond butter in a pan over low heat, and rolled the banana pieces around until they were covered. 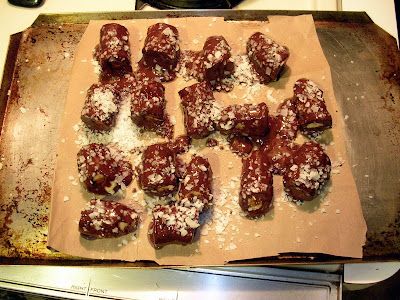 I put them on a tray and drizzled the remaining chocolate over them along with some coconut flakes. 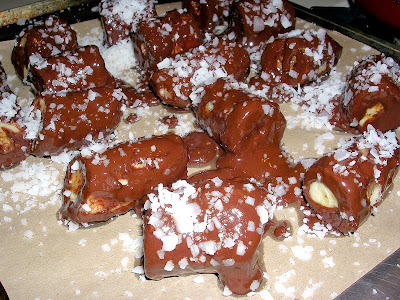 I put them in the freezer for about an hour and then served. 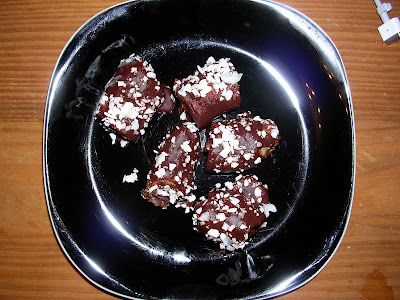 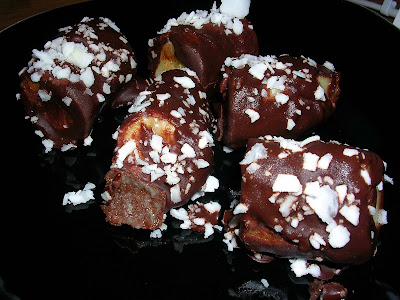 mmMMMMmmmm...chocolate bananas. A match made in Heaven. The dark chocolate balanced the sweetness of the ripe bananas perfectly.
Posted by AllieNic at 09:55