We're finally back in the swing of things after our vacation to MV, and the long holiday weekend. We are also on a strict budget after our holiday spending...In order to save some money and get back on track, we've attempted to buy minimal groceries and use up some of the ingredients we buy, but never use that just kind of hang out in our pantry.

For dinner the other night, I decided to whip up some grilled pizza using mostly ingredients we had in the fridge (I did have to buy a tomato and some cheese). Gluten free, grilled white pizza with spinach, tomato and bacon to be exact. I used recipe for almond flour pizza dough that I found on the NorCal Strength and Conditioning blog, and modified a white pizza sauce recipe from Serious Eats.

I mixed all of the ingredients together in a large bowl and formed a dough ball to roll out onto a cooking sheet covered with cornmeal. 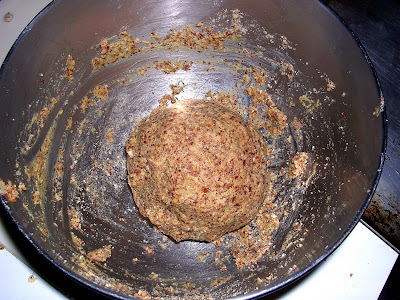 After adding extra, extra cornmeal so that the dough would slide off of the try and onto the grill (hypothetically), I rolled the dough into a squarish shape. M fired up the grill to about 400 degrees, and we attempted to dump the dough onto the grill. It would have been nice to have a pizza peel, so that I could slide the dough gently onto the cooking surface, but the almond flour dough was incredible sticky, and thus it was more of a dumping action than a slide. 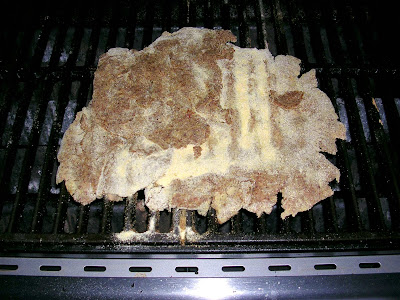 The result was what we like to call a "rustic" pizza crust aka totally misshapen. There was some minor breakage, but nothing to stop the grilling process completely. We optimistically cooked the dough for about 3 minutes and then used a two person flip technique: one of us guiding the cookie tray underneath the dough while the other gently lifted the dough with a spatula. Once the dough was flipped, we heaped on the toppings.

(I made the sauce and prepared the bacon before grilling the crust so that everything would be ready once the dough had been flipped on the grill.)

I heated the olive oil in a small pan over medium heat, added the garlic, salt and pepper, and let the mixture bubble for about two minutes. 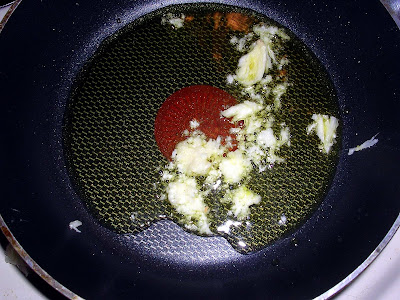 After adding the heavy cream, I let the sauce simmer for about three minutes until it thickened. 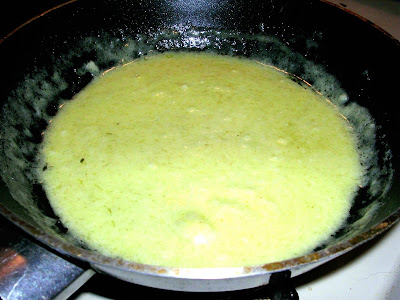 While the sauce cooled, I fried up some bacon. 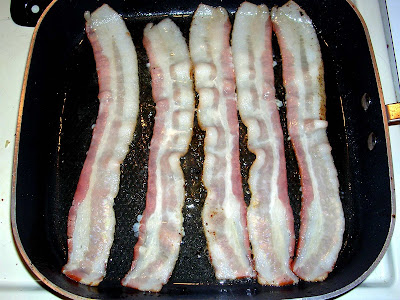 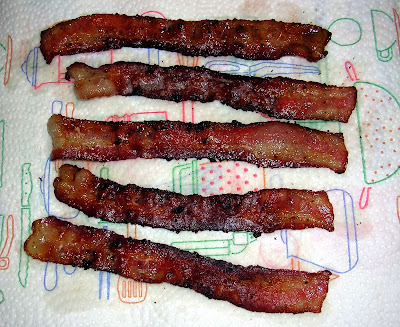 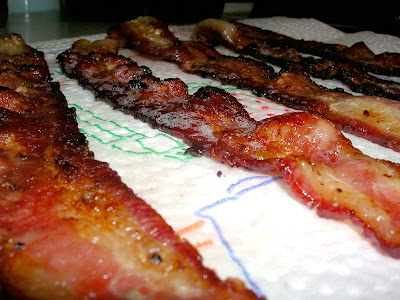 Once the dough was flipped, I spread on the sauce, topped it with spinach, sliced tomatoes, cheese and the bacon bits. We closed the grill, and cooked the pizza until the cheese had thoroughly melted, about 8 minutes. 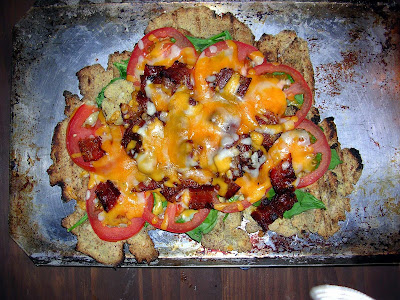 We ended up with a heaping pile of garlicky, bacon-y goodness! 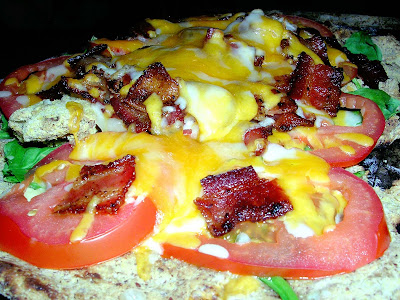 Everything was cooked just the right amount: the crust didn't burn, and the toppings were all piping hot! The almond flour crust was a little dry (M said it smelled like movie popcorn...), which I attribute to the grilling and the fact that there was no yeast involved. I have a feeling it would be different--more doughy, less crumbly-- if it were baked in the oven. Next time we grill pizza, I'll be curious to try a traditional, whole wheat dough recipe.