Sunday was jerky day at my house. We ventured through the rain to Whole Foods to pick up some beautiful meat to jerkify.

After staring at the red meat section for a good five minutes, we decided to go with this guy: 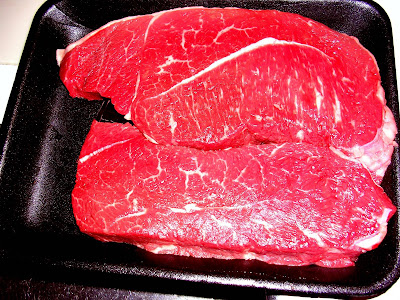 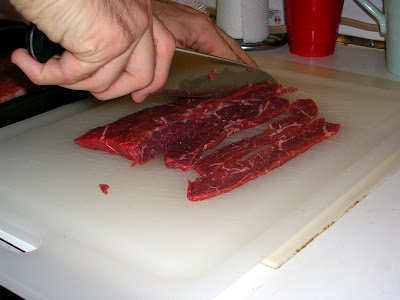 M got to work slicing. We sliced most against the grain, but some pieces with the grain to see how they would differ in texture. 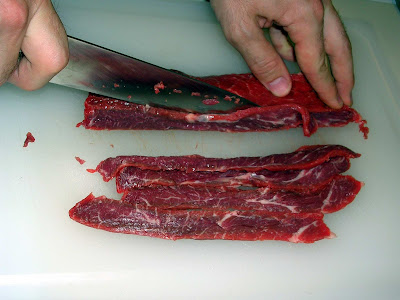 While M sliced, I collected the strips in a bowl and covered them with our Ginger Teriyaki marinade. 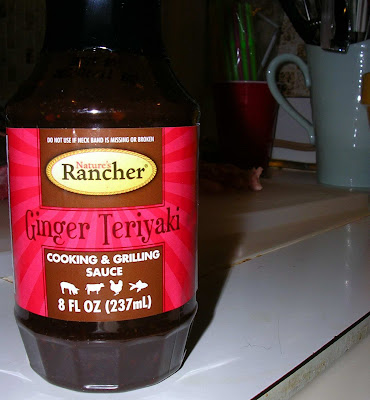 This was a super, fly-by-the-seat-of-our-pants test run, so we decided to go with the prepared marinade. Next time, I plan on whipping something up myself! 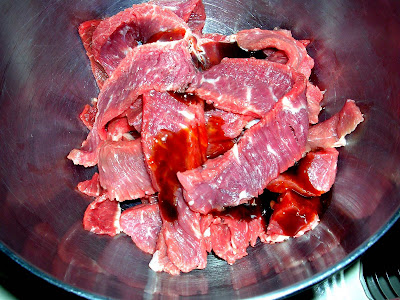 One of the less gross meat pictures I took...that reddish stuff is marinade...not extra blood. 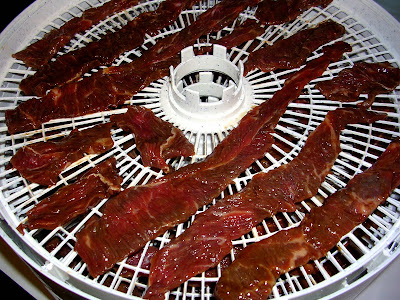 We laid the strips out on the dehydrator and let it do it's thing. 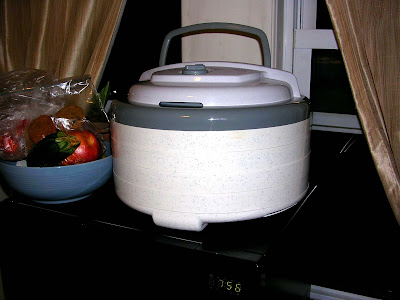 We left the jerky for about 4 hours on 160 degrees, and by then it was time to go to bed...so we turned down the heat to 130 and left them dehydrating over night. 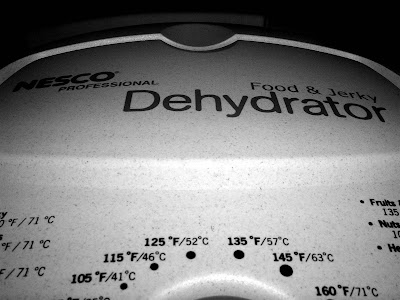 The end result was some delicious jerky, of which I do not have pictures. I'm planning on having a Lil'Nic taste test this evening, and I will report back asap.
Posted by AllieNic at 15:18